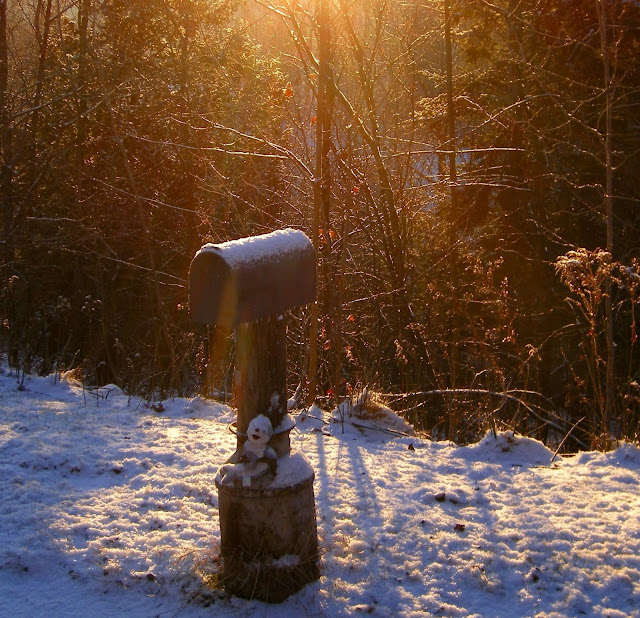 Daylight crests the dawn, as clouds scurry across the bay, the country’s in midwinter, and filled with anticipation.

Horse and cutter clears the snow, mail sleigh is a go, lifting hopeful spirits, with letters replied in tow.

It’s been weeks since Dan returned, but today the mail cart is coming, and Phil’s reply should relieve concerns, that all is well and running.

Dan’s thoughts go back to wars end, when they said their goodbye’s, they made a pledge to redress old times, carry them back to Maine, and open up that damn wood shop.

Phil’s ship left port, two weeks ahead of Dan’s, as he recalled the singing, the excitement and the boat filled with brimming smiles. Life was in celebration and the future was ours.

Clopping hooves and sleigh bells break the frosty air to ring in mornings excitement, as the postman shakes guarded memory, places a single letter in the box and slips away with his team.

Bandaged hands excitedly waving his thanks, Dan moves swiftly towards the letterbox. “Damn these dressings, my hands don’t work. I can’t open a simple letterbox, how will I tell Phil the shop will have to wait? Here’s my Martha now to help me with these tricky things.”

“These darn hands don’t seem to work with these bandages dear Martha, could you open up the letterbox dear, so we can both take a look?”

Bundled warm in coat, boots and sweater, Martha retrieved the postman’s delivery. Eyes round and glowing, she turns with letter in hand and makes for the house.

“Yes, let’s go inside to read it, it’s too cold out here, we’ll certainly catch our death.”

Inside the kitchen, with woodstove all alight, Martha opened the letter to read Phil’s writing.

…the letter wasn’t for me! What’s that devil up to, thought Dan…and so behind Martha he stood to read Phil’s words…

When I left your Dan in France, his wounds were healing, the Great War was over, and the future was all ours to build. Dan spoke of you often with such love in his eyes, and was heading back to ask for your hand.

I went to greet his boat a day early, and booked two tickets to Maine. Dan wanted to introduce me to his future bride, so I waited at the station in great anticipation for news on his arrival. I waited long, but was truly looking forward to the reunion when the news came…Not one day out, their ship was hit by a mine, the ship sank…and all aboard was lost…there were no survivors…I’m so sorry…

Martha broke down in tears, and tossed the letter aside. Dan looked down…”but I made it home, I’m with you here, now…”

Martha, distraught, got up and ran from the empty room, leaving the letter behind…


About Dan’s Return: Phil and Dan were comrades who survived World War I and on Phil’s departure pledged to meet up back home in the States. Although Dan’s return is not as expected…
Posted by Stewart at 8:00 PM