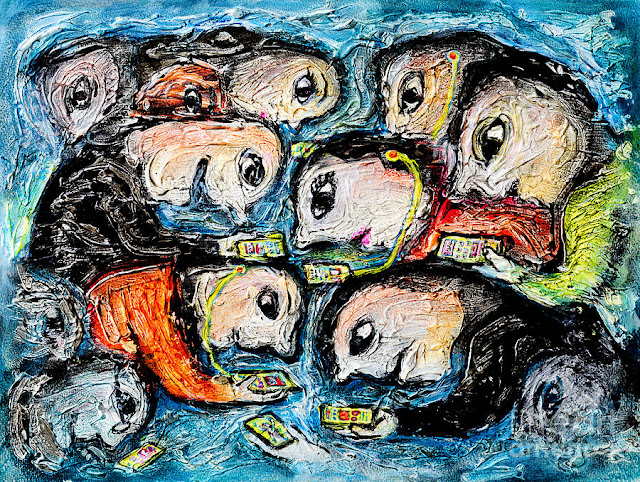 Marching backwards towards the cliff,
with cell phones on a selfie riff,
consumer habits drunk on scores,
blind as bricks to coming wars.

They get their kicks from stupid things,
ignore the crimes of tyrant kings,
their self indulgence feeds the worm,
that grows inside them like a germ.

Consume, consume, the world is bleeding,
lifelines broken, now receding,
the bonds with nature all but gone,
from reality, you’ve withdrawn.

…And if reality settles in,
you turn to rum, wine and gin,
medieval habits to tie the noose,
on sterile minds now obtuse.

About this Poem: For some, technology has become a self-imposed prison where reality has all but disappeared. Spiritual connection with nature has been completely severed and all their attention goes into their self indulgence and cell phones. They lose all sight of what matters in life, and instead, wall themselves off into a false reality.


Posted by Stewart at 9:37 PM No comments: Links to this post 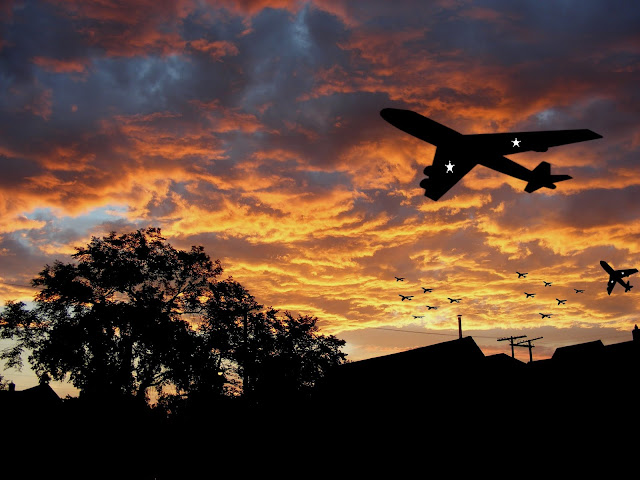 Chinese stars explode by night,
with no composure in the fright,
old nightmares freeze inside my mind,
of coming days for all mankind.

Twilight shadows stain the breach,
on youthful shores where evils reach,
senses tingle with needles n' pins,
where air is heavy from our sins.

Above my head the skies are full,
with bomber jets n’ U.S. bull,
their training bases on my land,
to launch the foreign wars they planned.

Canadian people all in hiding,
on edge of darkness they are riding,
streets turn empty, town and village,
before the hammer and the pillage.

Out of sight, I stay inside,
within my house I try to hide,
and peer above at U.S. planes,
that hover over my domain.

All at once the squadrons leave,
racing north to plots they weave,
as air grows quiet, sun does set,
worry remains from what begets.

“All is well”, our friends beam through,
from target Russia where jets just flew,
an open window in evening skies,
this rerun sixties dream of mine.

About this Poem: This poem is based on a dream I had in the late 60’s early 70’s. At the time, Canada was a sovereign nation, the USA and Soviet Union were in a cold war, China was not on the Radar and there was no internet or advanced communication.

Today, the World is bullied by the USA…Russia has emerged as the good guy, China is an economic competitor, Canada has become an economic vassal to American dictates and the Internet has connected people all over the world…The dream infers that WWIII will be launched by the U.S. on Russia and China from future U.S. military bases set up in Canada...and, no doubt, launched from other current U.S. military bases set up in occupied nations around the World.

Posted by Stewart at 5:05 PM No comments: Links to this post 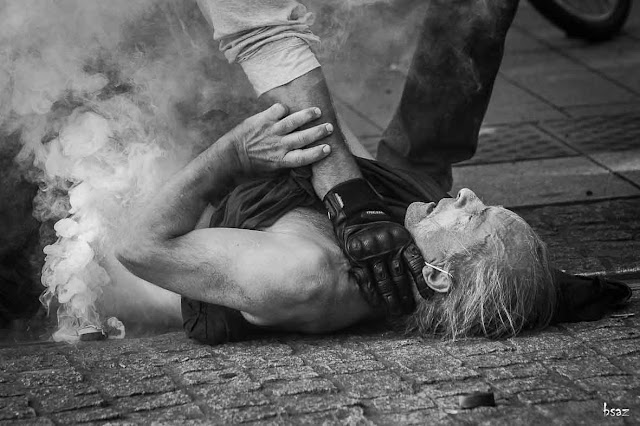 Heart n’ soul, a thousand years,
a nation under liege,
by parasitic monsters,
in economic siege.

One by one the people fall,
austerity in control,
put in place by the rich,
swelling what they stole.

Artists, poets, musicians all,
Gilets Jaune in the streets,
calling for rebirth of truth
and prison for their elites.

Charging through a screen of smoke,
Gendarme of France unleashed,
it’s the worst of times,
the end of days,
Morality deceased.

Choking France by the throat,
Macron gets his way,
oppression, flash bangs and his boots,
on people he betrayed.

Posted by Stewart at 1:30 PM No comments: Links to this post