The World Through My Eyes: Snow Geese on Lake Massawippi


In late autumn 2006 for about 8 weeks (November / December), my family and I experienced a once in a life time event when several hundred thousand snow geese descended on Lake Massawippi in Ayer’s Cliff Quebec…during the eight weeks the geese were with us, they greeted us everyday in the early morning hours from echoed song across the lake.


I had just started my new hobby in photography and for those eight weeks I would walk to the Lake before sunrise and up the mountain hills in the late afternoons to get a few pictures but also to immerse myself in the sounds coming off the lake and overhead. 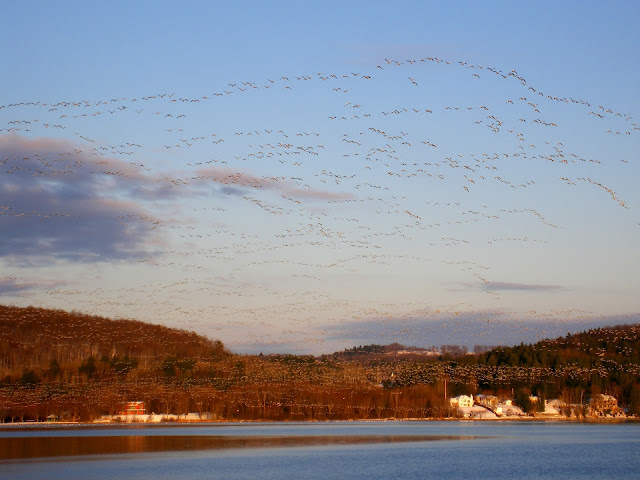 Being exposed to what seemed like a pure source of rejuvenating energy had captured my whole being in heart, spirit and imagination.


Every morning the geese would greet the first rays of light in song, and would then begin preparations to leave the lake for a day of feeding in the mountain fields. The preparation and take off by the geese was nothing short of spectacular, and to empathic souls like myself, it brought an overwhelming wave of emotion with tears of pure joy. 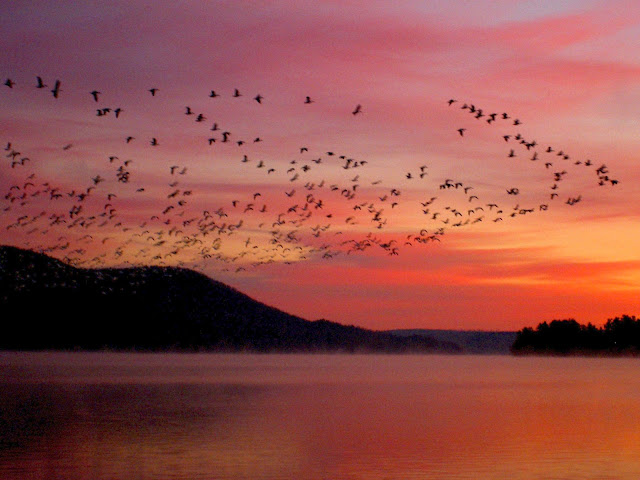 Before these hundreds of thousands of snow geese took flight from the surface of the lake, they﻿ would move out in a huge cresent that covered the bay and then take off in one quick burst of energy. There was a deep thunderous noise that carried across the lake over their song as their wings beat together and hit the water. 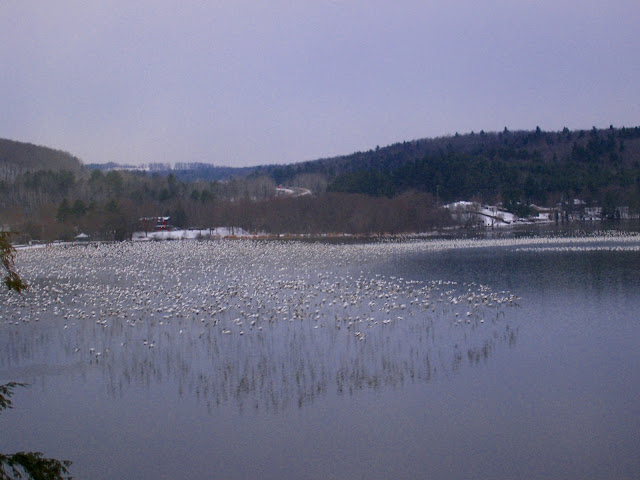 …as the snow geese flew overhead in their thousands I could feel their energy racing through me as it raised my heart rate faster...it was absolutely thrilling and gave me an energy and drive I never knew I had. 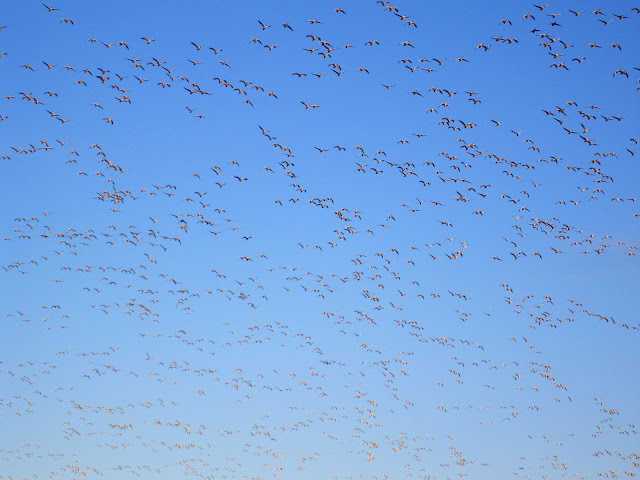 I was in the surrounding mountains with my camera when they left Lake Massawippi in late December for the last time …and I could actually feel that I was seeing them for the last time as I caught their last flight in the sunset over Brown’s Hill. Their absence in the days that followed pulled at me as if they were calling from some part of me that had left with them. 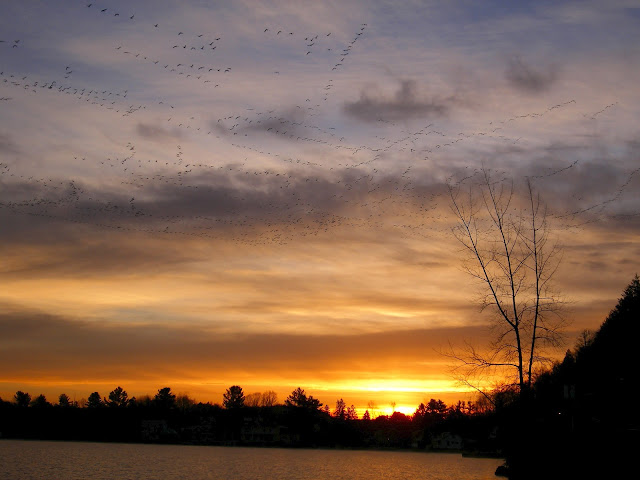 I left Ayer’s Cliff six months later and will always feel that god sent the snow geese to retrieve me for a new purpose of his choosing…I will never forget those amazing moments spent with the snow geese.