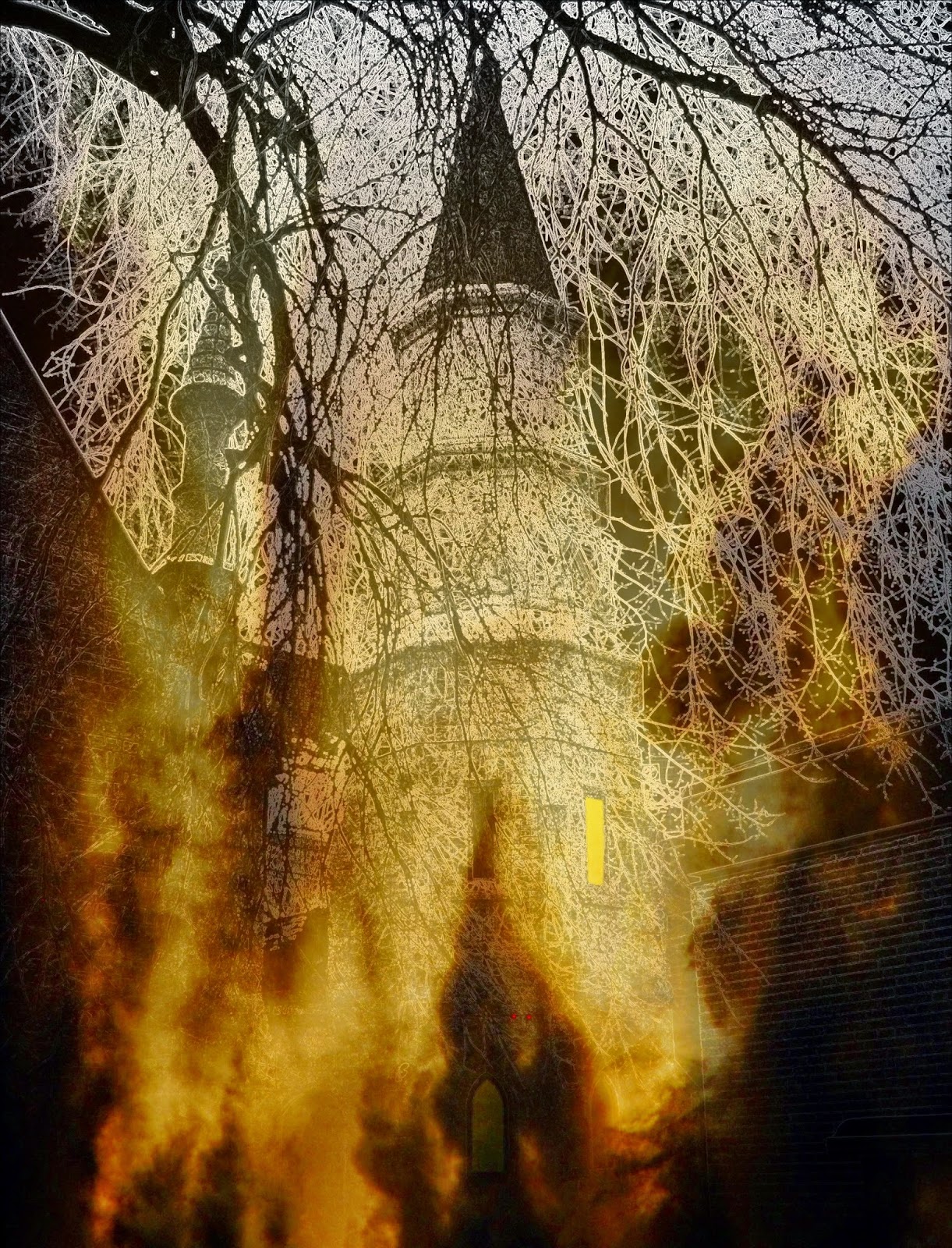 The creature stands in front of its lair engulfed in flames of rage proclaiming its war on mankind…Blindness surrounds the colourless souls that hear only the echoed voices of illusion…and like lemmings, they follow into sway, burning with the fires of madness.

Away in the distance, the cries of the besieged echo in streets now cast in darkness. Fires rage with crackling smoke, while the dead search for reason. Columns of greed and hate move in to crush the souls of children as the demons feed from their blood lust and cheer in delight from their mountain tops. The ZION Beast is revealed for all to see…and may God damn it back to hell!!