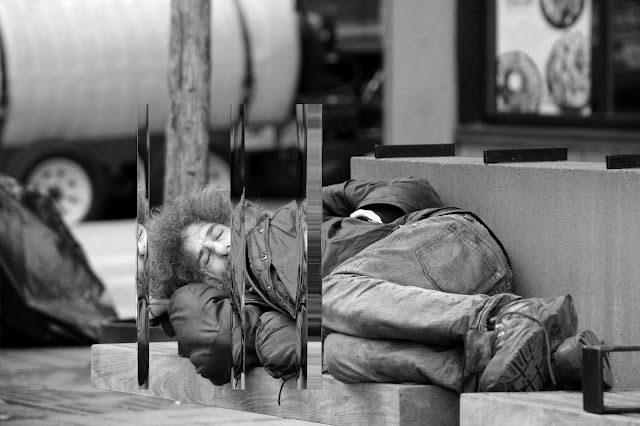 A soulless stare with demons’ eyes,
counts his money with surly wry.

A coin for lodging, a coin for sleep,
A coin for water n’ wine to keep.

Now rest away your weary head,
just one night’s sleep on feathered bed.

Eyes wide shut while, time fades away,
To dungeons dark, with walls of grey.

And then awake, the roomers call,
It’s check out time, beside the mall.

Hunger bites its morning blues,
Now coming down from the booze.

A soulless stare with empty eyes,
Arrives at work, disorganized.

The day is long, three coins are paid,
Now journey's back, to where he stayed.

A soulless stare with demons’ eyes,
counts his money, with surly wry.

Society lives in a prefab illusion where people are willing captives in bondage to an economic system that is no better than slavery. The painful truth of a corporate programmed society…

One of the escapes chosen by people is alcohol which carries a demon inside. All too often its use becomes a routine that slowly steals the health and mind of its victim. Apathy towards societal change is all too common due to its creeping theft of will power and memory, which is why this industry is controlled by the criminal establishment.

Posted by Stewart at 11:14 PM No comments: Links to this post 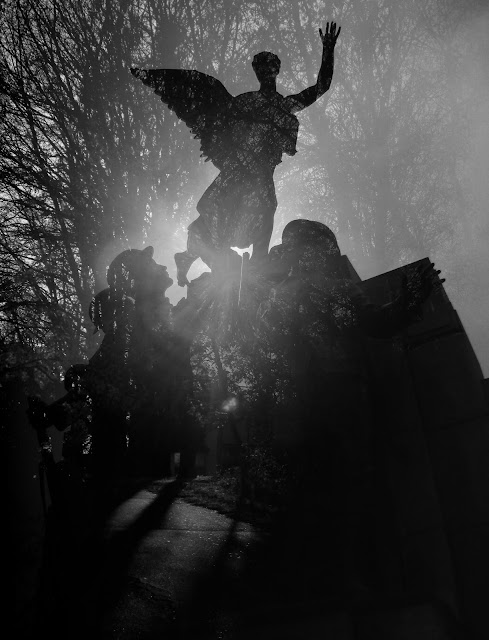 Trenches filled with soldiers, now waiting for bombs to stop,
In search for some damned reason, to charge over the top.

Reliving moments gone, life passes before their sight,
Apologies made for wrongs, with wishes to make them right.

And then the truth comes knocking, it rears its ugly head,
And paints astonished faces, on all the soldiers dead.

Lifeless now their bodies lay, their spirits carry on,
Lost amongst the shadows, of the millions who were wronged.

The Citizens bought a story, soldiers sent to die,
In someone else’s homeland, the reasons just a lie.

Generals take their orders, from economic forums,
Receive another medal, adding to decorum.

Final letters make it home, all written months before,
Carried to the grieving, by a knock upon the door.

With promise to remember, a day is set aside,
But hidden, the real reason, for why it is, they died.

Posted by Stewart at 6:07 PM No comments: Links to this post