Defiance on the Cusp of Darkness

Defiance on the Cusp of Darkness

A rising squall of fear washes over me in a stormy night of vision, demanding my submission to the consuming presence of dark shadows and raging fire.

My essence, no more than a speck of sand in a desert of souls, is swallowed up by forceful currents, dragging me down as its prey to consume my spirit and leave me barren…I must break free…

Panic and anxiety builds, and does not allow thoughts to settle…there is a cauldron of noise in my mind tearing my soul apart as its searing touch descends on me like a shrieking childhood nightmare that raids my core existence…Egoic thoughts from a million minds rush in and crash upon me like shards of glass, their voices screaming for my allegiance to the madness they have embraced.


About this expression: This expression deals with the struggle to maintain sanity and independence within an insane world where non-conformance to the established tyranny is treated as a criminal act that carries a minimum sentence of verbal stoning by the programmed masses… 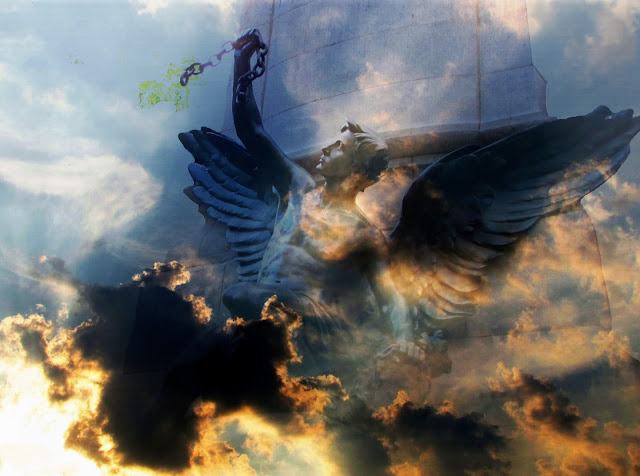 David Roberts brings back the craft of story telling through music with “Last Stand of the Giants”. The theme of the song leans on popular myth and folklore on the surface, but deep within, the listener will recognize a parallel to what is happening in the World today. The lyric leaves a profound understanding which is what makes this song extra special in every way. ~ Stewart Brennan ~ World United Music

Posted by Stewart at 12:58 PM No comments: Links to this post