Noble Victories Be Not Still 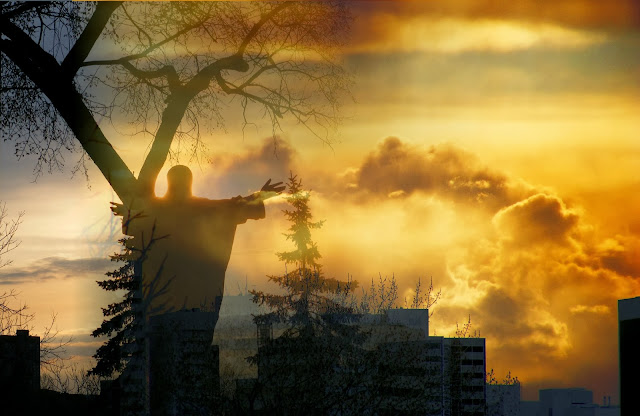 Noble Victories Be Not Still

In darkest places when night is high,
Forward come dark minions nigh.
Thunder ground and air so shrill,
Replacing slumber and peaceful still.

Conscience now awakened, searching for the light,
Quickly trampled underground, by demons in the night.
Warning sounds echo, from guarded mountain tops,
Waking restful souls from sleep, to help them make it stop.

Battles build to outrage, as the people defend their homes,
Millions mourn the victims, of the bloody plight of Rome.
Watching eyes eternal, good people vigilant with pride,
Weep before their gods of light, for the many that have died.

Screams of outrage rise, the world over do they burn,
Startled leaders grapple, with the force that people churn.
Voices forward thrust, forceful, right and noble,
Collective conscience rises, a presence vast and global.

The enemies of mankind, commanding demons from their towers,
Stepping back humiliated, the people's finest hour.
Stay attentive and be not restful, deceived or weak,
Mankind’s enemies lust with greed, and forever does it seek.

For deceitful lies in webs cast, for money land and power,
Lay disguised and hidden, just waiting for their hour.